Whether you view the rise in ad blocking among internet users as a harbinger of the death of the free internet, or merely a welcome challenge around which the industry can rally to improve itself, few phenomena have forced the digital publishing and advertising industries to re-evaluate themselves with the sense of urgency that ad blocking is doing now. In March, the Internet Advertising Bureau (IAB) revealed that 22 per cent of UK internet users now block ads, up from 18 per cent last October, and the bulk of this proliferation is being driven by young people; an estimated 47 per cent of 18-24 year olds block ads in the UK.

For some, ad blocking’s rise can be attributed to the same sense of entitlement amongst young people that forced the music and film industries to adapt to changing consumer habits in the form of illegal downloading. While there may be a great deal of truth to that, most publishers, agencies and advertisers accept some degree of culpability; desktop and mobile advertising formats have become too intrusive and use too much data, and so consumers are telling us that the ‘value-exchange’ isn’t working for them.

But what to do about it? 2016 has been a real trial period for publishers, who have been experimenting with a plethora of ways to either convince people to turn off their ad blockers or monetise their content differently. To get a grip on the problem and better understand how the industry is and should be responding to the rise in ad blocking, BRAD spoke to the chief executive of the organisation tasked with combatting the issue, the IAB’s Guy Phillipson. Having joined the IAB in January 2005, Guy has seen the UK digital ad market rise from £825m to £8.6bn during his tenure, and having overseen such growth, his wealth of experience will surely be an important factor in the fight against the ad blockers. 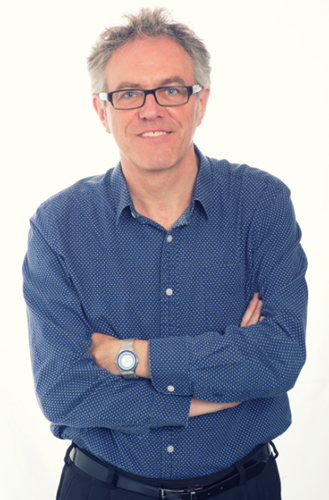 There’s been plenty of good news for digital ad spend over the past week or so: ad spend is higher than ever and viewability rates are the highest they’ve been for some time. With ad blocking on the rise, is that now the IAB’s number one concern?

You’re right; online advertising is now by far the largest channel by spend (it’s over 40 per cent of UK ad spend), and opportunities like mobile, social, video and programmatic are all driving that growth. It’s good to see that, despite ad blocking, display still grew by 24.5 percent last year. But with scale comes challenge, and ad blocking is a significant one which was highlighted when Apple announced ad blocking software would feature in the iOS 9 App Store last September. We launched our LEAN program in October last year so we were fast out the blocks, but publishers, agencies and advertisers all need to be involved in the solution.

Do you see the problem getting worse before it gets better?

In a sense all problems start small and then get worse before they get better. We saw ad blocking usage rise to 22 per cent in February - although that’s ‘claimed usage’. comScore used their panel to actually detect consumers who were using ad blockers and their figure is nearer 14 or 15 per cent, so it is possible that our 22 per cent figure could be overstated. It may get higher. In marketers’ language, it has reached ‘critical mass’ by moving above 20 per cent. But this industry has a good track record of working together on self-regulatory programs to minimise tough problems. Copyright infringement, brand safety, viewability - these are all things that we come together to solve.

Where do you apportion the blame? Solely the ad blocking companies? To the consumers for forgoing their side of the value exchange, or publishers and ad tech companies for delivering undesirable ads?

The core ad blocking audience is young men and when asked, they simply don’t want to see ads. They don’t want any ads in the way of what they are doing and ad blockers give them that opportunity. So, in a sense, they are ad blocking because they can. In the same way that people whizz pass television ads, they now how have a tool online to avoid ads as well. It’s also partly a response to direct-response advertising, where clients are chasing lower CPA targets. Over time CPMs have gone down while the volume of ads has gone up, and that also exacerbated the problem. It’s essential that we work together to tidy up the ad experience for the consumer.

Publishers are experimenting with lots of different ways of tackling ad blockers. What do you think is the best way to get people to switch off?

It’s important to engage with ad blocking consumers to educate them about the value exchange and the fact that advertising funds content. The percentage of consumers who don’t really understand how the business of publishing and advertising works is surprising. It’s also important to offer a light experience. As long as the publisher has fewer, better ads, then putting a notice out to ad blocking consumers with options such as whitelisting, pausing their ad blockers, or subscribing could work. I also think we are going to see the growth of micro-payments companies coming in, where it will be pennies to view pages and that could be quite an interesting option in the future.

You’re right that ad blocking affects traditional display advertising, banners and skyscrapers and so on. Native content is far less exposed to ad blockers, and we are seeing growth of those formats in our PwC ad spend figures. Spend on native formats is now £0.75bn, accounting for 23 per cent of total display.

Do you think paywalls and ad-free subscriptions are a viable solution for publishers, or is it just important to have that option?

The latter. It’s important to put the option across because even at low rates it highlights the value of the ad-funded content. When the consumers are making the choice, they can ask themselves whether they want to pay or whether they want to see ads to enjoy a free experience. Nineteen out of 20 will opt for the ads.

How is the IAB working to address ad blocking?

We’ve put principles around LEAN for lighter ads and non-invasive formats, so we’re advocating lighter file sizes and fewer data pools, all for faster download times. At the same time, we’re trying to avoid ads which overtly disrupt the experience like overlays and pop ups and ads which automatically launch sound. That’s all part of the LEAN program.

At a global level, with the IAB Tech Lab, we are researching consumer experiences and all sorts of ad types and formats to fine-tune the LEAN standards. It’s a really big program that will take several months to do, but we’ll go beyond the principles into actual ad standards later on in the year, and that will be a global release. We’re also providing guidance to publishers on encouraging ad blocking consumers to deactivate their blockers. Our research is showing that actually 64 per cent of UK consumers are seeing these notices and are willing to deactivate their ad blocker in order to see their favourite sites. That shows that it’s an important tactic, as longs as publishers are offering a light ad experience.

Ultimately we need to get clients and agencies on board with the issue so that from the advertiser through to their creative agency and media agency, right through to the publisher and the ad tech in between, we are able to reset and improve the ad experience for consumers and address the key cause of ad blocking.

Would the IAB like to see ad blocking made illegal?

It’s unrealistic in most cases. Certain ad blocking methodologies, for example at network level on mobile, deep package inspection (when the entire ad experience is interrogated by the ad blocker) could be deemed contrary to data protection rules and net neutrality rules. Some of the tools are going to come under scrutiny. For the ones which simply talk to an ad server and block ads, there have been five such cases in Germany which have all failed. So they are here, and it’s better to concentrate on improving the ad experience and making sure publishers have got the right tools to address ad blockers.

Alexander Hanff (campaigner for Think Privacy) recently claimed blocking ad blockers is illegal. Is there any truth in that?

Alexander said that there’s no reason a publisher can’t engage with a reader about ad blocking. He was citing certain anti-ad blocker technologies as potentially illegal against the privacy directive, in that, he would say, some of them require consumer consent before they can be applied. We’ll continue to take legal advice and look at the different tools available.

Ben Williams claimed at Ad Week Europe that advertisers can’t just ‘pay to play’, and that Eyeo seems to be outsourcing the decision-making around what ads qualify as their permitted Acceptable Ads. Would that independent committee help to legitimise what the company is doing?

There’s a general consensus across the industry that we need better, cleaner leaner ads. Is that easier said than done or are we seeing these type of ads being developed and implemented quickly?

Major publishers are already addressing their inventories and looking at things like load speeds. One of our members has a policy that if an ad doesn’t load within 200 milliseconds they don’t load it. That’s really paying dividends, particularly on mobile where consumers want a faster experience. That’s why we put the LEAN principles out first which set the overall guidelines to what we expect, and we’re working towards finer standards later in the year.

How much cause for optimism is there?

I think there is cause for optimism. If you look at the bright side of this, there’s a big creative opportunity to create high quality, purposeful ads that consumers will enjoy. And with display growing so fast now – ad spend is now over £3bn in the UK – it’s actually a timely issue to come up. Everyone has skin in the game, from the advertisers to the agencies and the publishers, so as long as we do genuinely work together we can come out the other side in a good place.

I’m actually very confident that media revenue will flow to fund the web, through different formats. We’re already seeing that through native and in-feed, but there will be other ways of funding the internet for it to remain really buoyant and grow towards £10bn over the next couple of years.