What to do about engagement?

What to do about engagement?

It’s a well-worn marketing term but there's very little consensus on what engagement actually is. That’s a problem because the most important strategic decision is how to define, measure and incentivise it.

Engagement. It’s harder to think of any other marketing term used so regularly yet has so little agreement on what it actually represents. A word that’s used with confidence yet, on interrogation of a definition, is met with more umming and ahhing than a Hugh Grant character asking a girl out.

Before putting forward my attempted definition, it’s worth looking at why there’s been renewed focus in the online world of getting to grips with engagement – what it means and what you can do to maximise it. The renewed focus is being driven by four forces that marketers are currently struggling with.

1) Time is a more precious commodity

Consumers face an onslaught of options at every turn, from the supermarket aisle to the living room sofa to our connected devices. Our scant leisure time, consisting of overbooked social calendars and obligations, is book-ended by increasingly long and unpredictable hours at work.

Consequently, advertisers are competing more ferociously for an increasingly scarce and expensive resource – our time. In simple economic terms, supply has raced far ahead of capacity. People can only take in so much. A recent study from the Harvard Business School found that the “cost” of attention has increased by at least 700% in the last two decades.

Allied to the above, media proliferation and ad “clutter” mean consumers are paying less attention to ads.

Consider television. In 2013, US viewers were exposed to more TV commercials than ever before — roughly 52,000 that year, or 140 every day. Increased volume and choice has coincided with dwindling efficiency. TV advertisers enjoyed 97% viewability in the early 1990s but that’s fallen to less than 20% today.

In online it’s even worse. For research purposes, I installed ad blocking software which revealed in a normal five minute surfing session I’d have been served 142 ads.

Our industry has become so captivated by the promise of “big data” that we’ve forgotten it’s just one component in an overwhelmingly complex process. Even if we had perfect data, our campaigns would still be inexact and unpredictable. Worse, advertisers are increasingly discovering that data is nowhere near as powerful as was once promised – and it’s just not enough.

The digital era has afforded us unparalleled efficiency, an abundance of inexpensive media, and countless ways to interact. But while we have all made enormous strides, the number of consumers – and wallets – remains constant. Yes, you’ve got better at targeting but so have your competitors so you’re simply on a higher, but still level playing field.

This one is about the industry shooting itself in the foot – and then the other one.

The demand for low-cost impressions fuelled the rise of “clickbait” – cheap content designed to support punchy headlines and lure readers to click yet another page. Most users stay for only a few seconds before moving on. And why not? Success is driven by low engagement; a lingering user is not driving additional impressions.

Having a strategy to optimise to impressions or clicks encourages behaviour which abandons the very purpose of advertising in the first place. Two decades on, marketers have realised it’s time to fix this completely misguided and damaging tactic that rewards high-volume, low-involvement content.

So, in light of all this, I believe engagement to be defined as someone’s active attention with advertising which is triggered by a signal they’re responding to it. It’s measured by the amount of time they spend with the ad.

A sign they’ve responded to it is important. As Dave Chaffey says in Smart Insights: “In a medium where only 0.06% of banner ads result in measurable consumer action, “seeing” the ad just isn’t enough.”

I acknowledge my definition loses the emotional value of engagement. However, it’s up to you to define performance and success – and then measure that accordingly. 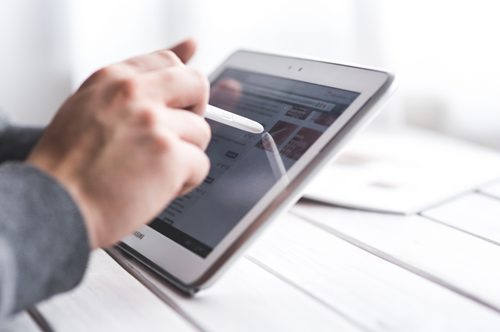 Your online strategy should be optimised to the measurable event closest to your goal – and the most important goal is to ensure consumers are engaging with your brand.

As with any strategy, however, engagement has its place. If every aspect of advertising demanded full engagement, consumers might be too fatigued to shop. Advertising works best as an opening or conversation starter, preferably with a strong narrative and emotional salience.

Almost all advertising campaigns have a natural arc with three stages:

The role of video

Without a doubt, thoughtful integration of video – from a smooth, welcoming teaser video into a selective in-stream or rich media unit is the most reliable route to getting people to engage.

So, what are the best tips for getting people from the teaser into the full video ad?

People online are constantly bombarded by ads so the user opt-in experience must be welcoming not jarring. Our tests show that a gentle, periodically pulsing ‘peelback’ layer in the bottom corner of the teaser that exposes the brand logo and an invitation to “explore” further is the best method.

It’s worth including a clear countdown timer in the peelback upon rollover so the expectation is clearly signalled: ‘click’ or ‘rollover’ here to explore further.

The next, and penultimate, act is to make a smooth and clear transition to a large overlay video experience, with the original site the user was viewing greyed out in the background. Finally, the video should shrink slightly to reveal interactive elements that the user may engage with. These transitions serve three purposes:

To maximise the amount of time people spend with the video, you have to make it the primary focus of an ad without heavily over-branding it or wrapping the creative with distracting animation. While this can be successful if executed tastefully, our extensive testing shows that keeping video as the main act garners more consistent results.

Second, it is important to communicate brand consistency in interactive elements. Rather than sending users directly to a site, for example, audiences tend to prefer ‘authentic’ interactive elements. In other words, elements that resonate with the brand itself. For instance, a retailer would want to build creative that included a virtual reality store where users can construct outfits and 'shop' around the store – creating a more relevant and memorable brand experience.

Embracing ‘engagement’ requires a shift in mindset, particularly through the potential provided by multi-screen video campaigns to engage people. The use of multiple devices will retain consumer attention so advertising campaigns can be even more powerful with the right technology, creative and metrics across the consumer device of choice.